Concord, Inc. was founded in 1977 by Howard and Brian Dahl, who led the introduction of air seeding equipment into the North American marketplace, as well as internationally. Its products were instrumental in helping producers seed and fertilizer small grains and oilseed crops on increasingly large acreage versus traditionally box drills. Concord was the first to manufacture an air drill with row-by-row packing and precision depth control, the first to put down fertilizer below the seed at the same time as planting, and the first to build a machine that could change seeding and fertilizing rates on the go.

In 1996 Concord was sold to Case Corporation. The remaining assets and staff were used to launch Amity Technology. Amity Technology acquired Fargo Products, an air seeder and cart manufacturer, in 2007 and entered into a joint venture with AGCO in 2011. The name returned in 2019 as Amity Seeding went back to its roots and began using the Concord name on its award winning line-up.

In 2021, the Concord line of equipment and sister brands Wil-Rich and Wishek were purchased by Väderstad AB of Sweden. Väderstad’s colorful history dates back to the early 60s, and has ever since been characterized by an entrepreneurial spirit, the creation of ingenious farm machinery, and a strong drive to rationalize farming methods. The company now known as Vaderstad Inc., will continue to innovate and provide the high-quality products and levels of service and support that the Concord name has been known for in the quest to be the world's leading partner for an outstanding emergence. 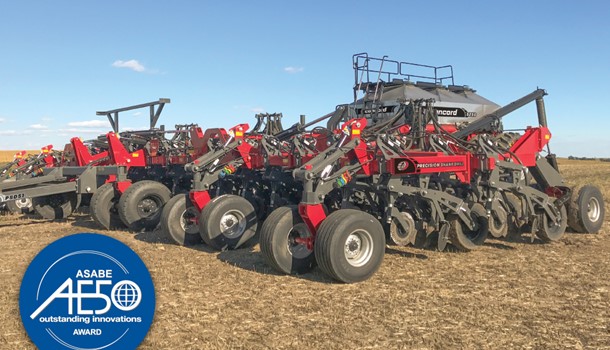 our legacy. your future.

Even though we've gone back to the Concord name, our eyes remain on the future of farming. It's why you'll notice the theme, "Our Legacy. Your Future." That means you can rest assured in our continued efforts to help you seed faster, fertilizer with greater precision, improve your crop stands, raise yields, reduce equipment maintenance and maximize return on investment. And you can count on our strong tradition of factory-level support and our goal of achieving complete customer satisfaction, just as you always have.

Why do farmers choose Concord? It’s not because of one or two product features. It’s because of our entire philosophy behind seeding. Our engineering is guided by several key principles that have built a legacy over the years…a legacy you can be confident in choosing for your farm.

Concord drills and air carts are designed to work productively at higher speeds, so you can get your seeding done faster especially when you have a tight window to get the work done.

Farmers have enough to worry about. We keep our product design simple and practical, because we know fewer moving parts means less time performing maintenance.

The Concord brand was first introduced in 1977, but our manufacturing experience extends much farther back than that. Today, we offer state-of-the-art manufacturing capabilities to meet our strict standards for quality.

Our unique approach to seeding equipment is field proven…not only by us, but also by our customers. In fact, you can find many of their names at the top of high yield contest results.

Concord is there when you need us most. Our tradition of expert factory-level support is one way we seek to provide complete customer satisfaction.